In celebration of Star Wars Day, May the Fourth, here is a review of the Star Wars ornaments included in the 2020 Keepsake Ornament line.

A Lack of Faith
Star Wars™: A New Hope™

Princess Leia™ and Chewbacca™
Star Wars™: The Empire Strikes Back™

The Child™
Star Wars™: The Mandalorian™

The Force Is With Us
Star Wars™

X-Wing Starfighter™ on Dagobah™
Star Wars™: The Empire Strikes Back™ 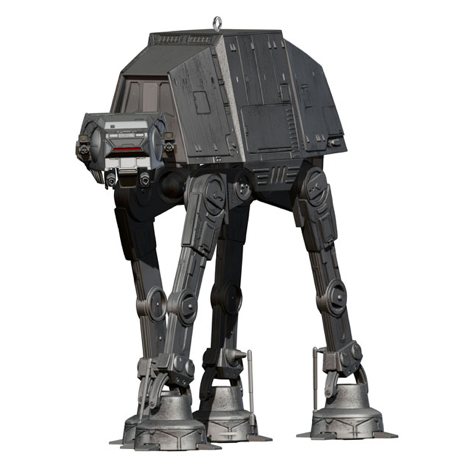 The date was chosen for the pun on the catchphrase “May the Force be with you” as “May the Fourth be with you”. Even though the holiday was not created or declared by Lucasfilm, many Star Wars fans across the world have chosen to celebrate the holiday. It has since been embraced by Lucasfilm and parent company Disney as an annual celebration of Star Wars.

The Triple-Dog Dare
A Christmas Story

What a Great Lamp!
A Christmas Story

Heat Miser Chorus
The Year Without a Santa Claus 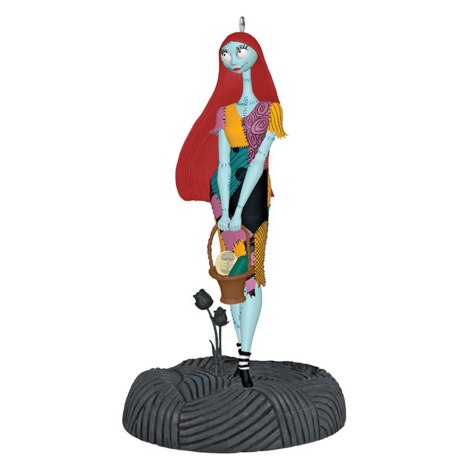 Marty McFly
Back to the Future

Out of This World
From the final frontier come the first ornaments in our Star TrekTM Storytellers series.

Television’s most famous space explorers will be warping onto your tree this year. For our first release, with two more years of ornaments planned, you can have Lieutenant Nyota Uhura, Captain James T. Kirk and mirror universe Hikaru Sulu transported to your home and ready to perform with their coordinated light and sound shows.

Using audio clips from the original Star TrekTM series, the Enterprise crew recreates famous moments from the iconic 1967 episode “Mirror, Mirror.” Stuck in a parallel universe with evil versions of themselves, can the team make it back home?

In addition to interacting with each other and performing by themselves, each Storytellers ornament also creates scenes with the U.S.S. Enterprise Tree Topper. With four more characters planned after this year, you can relive fantastic Star TrekTM memories for years to come.

Still Magical After 80 Years
Lifelong Disney fan and Keepsake Artist Ken Crow adds magic of his own to a Mickey classic.

Combining his love for Disney with the timeless wonder of “The Sorcerer’s Apprentice,” Ken set out to make an ornament as magical as the classic Fantasia vignette from 1940, creating a living scene from the movie that has just as much personality as the animated characters in it.

“If an ornament looks predictable and acts like a machine, then that’s what people will think it is.  And that’s not all that magical,” he explains.  “But the ornament’s brooms all have this jiggle that makes them look like they’re lifting the buckets as they hop up the stairs.  And Mickey really does look like he’ reaching to direct everything.  I’m really, really happy with how everything turned out.”

With a press of a button, watch the enchanted brooms go about their work, carrying buckets of water up the steps to music from the animated short, while a coordinated light show immerses you in the ornament’s fantastical scene.

Year upon year of wonder. Begin a new tradition to your celebration with unique ornament series you can enjoy every Christmas.

Sweet Decade
1st in the series.

Sweet Decade
1st in the series.
Each ornament in this new series will feature a sweet snowman who commemorates the year with sugary style!

Rocking Horse Memories
1st in the series.
Each ornament in this new series will feature a fun and festive rocking horse design!

Cinderella
Disney Princess Celebration
1st in the five-part series.
Each ornament in this new series will feature a favorite Disney Princess with an inspiring scene adorning her gown.

In conjunction with the theatrical release of Disney/Pixar ONWARD, here is a sneak peek of an upcoming Keepsake Ornament featuring Ian Lightfoot holding his magical staff.

KANSAS CITY, Mo. (February 26, 2020) — PopMinded by Hallmark has announced this year’s new limited quantities of products and collectibles developed exclusively for fan events, some of which will start selling  March 20 at Planet Comic Con in Kansas City, Mo.

PopMinded, which debuted in 2016, is Hallmark’s way to celebrate fandom with gifts and collectibles created and curated with all fans in mind. PopMinded continues and expands on Hallmark’s decade-long tradition of providing event attendees access to Hallmark’s ever popular event exclusive products available only through convention pop-up stores.

Hallmark Keepsake Ornament designs, itty bittys® plush characters, and the popular PXL8 enamel pins will be sold in limited quantities at these events on Hallmark’s 2020 convention calendar. View the calendar below.

Boggart Snape and Tribble Keepsake Ornaments along with The Child-themed enamel pin in March 20-22 at Planet Comicon in Kansas City, Mo. The Imperial Probe Droid Keepsake Ornament and Deadpool itty bittys® will be joining this lineup for Comic-Con® International: San Diego, July 23-26, and continue on to New York Comic Con, October 8-11. A limited amount of the Tribble Keepsake Ornament will be available at the Official Star Trek Convention in Las Vegas, August 5-9. Additionally, a limited amount of the Imperial Probe Droid-themed will be available at Star Wars Celebration Anaheim, August 27-30, along with three additional yet-to-be-announced collectibles that will be exclusive to that event. Exclusives are planned to be made available at the to-be-rescheduled Emerald City Comic Con and additional exclusives may be announced at a later date.

PopMinded’s line of PXL8® style collectible enamel pins will continue to feature 8-bit renditions of favorite characters exclusive to 2020 events. Designs will be announced closer to each event.

An assortment of Hallmark pop-culture products from its stores also will be available at each event.

In addition, a very limited number of 2020 event-exclusive Keepsake Ornaments will be available for sale later this year to members of the Keepsake Ornament Club. Information for joining the club can be found online at Hallmark.com/KOC

At the end of the 2020 convention season in October, remaining stock of the year’s event exclusives may be made available for sale online. Check for details at PopMinded.com

For more information about PopMinded by Hallmark and the products offered, visit PopMinded.com or follow @popminded on Instagram.

UPDATE (03.06.20) – Emerald City Comic Con 2020 to be postponed.
UPDATE (03.12.20) – Planet Comicon 2020 to be postponed.
UPDATE (03.13.20) – New 2020 dates announced for Emerald City Comic Con.
UPDATE (03.17.20) – New 2020 dates announced for Planet Comicon.
UPDATE (04.17.20) – Comic-Con International: San Diego has been CANCELED for 2020.
UPDATE (04.21.20) – In light of the cancellation of International Comic-Con San Diego this year, PopMinded by Hallmark is exploring other avenues of virtual convention participation where the 2020 event exclusives can be made available to fans. Hallmark will also continue to offer these exclusives at other conventions later this year (Emerald City Comic Con, Planet Comic Con and New York Comic Con). In the event that these are also canceled and inventory is left over after any virtual convention participation, Hallmark may offer the exclusives online, closer to the end of the year. Stay tuned for future announcements.

Here is a sneak peek of the 26th in the Football Legends series, featuring Patrick Mahomes II, the NFL star quarterback and Super Bowl LIV MVP poised to fire the ball downfield.

Q: Is the date on the Super Bowl LIV Keepsake Ornament correct?

A: The 2019 date on the Super Bowl LIV champions Kansas City Chiefs Keepsake Ornament follows how the NFL labels the football season on their official merchandise including the players Super Bowl rings, stadium banner, and logos. Because the ornament is an officially licensed product, it needs to align to the NFL guidelines.

Congratulations to the Kansas City Chiefs who after 50 years are Super Bowl champions once again! This commemorative, Keepsake Ornament is the perfect way to show your Chiefs Kingdom pride in a team and a fan base that never gives up! But don’t wait long – supplies are limited.