Aloha! Hallmark sat down with Tracy to discuss his tropical Holiday Lighthouse, 10th in series. Enjoy! 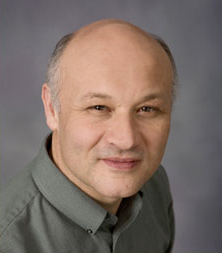 What inspired your Holiday Lighthouse #10?

Tracy has some hands-on inspiration for the 10th in series this year! Tracy explained, “my son, Trent, is a Physical Therapist with the U.S. Army and his first assignment was 3.5 years in Hawaii! Of course, we had to visit him and his wife while they were stationed there. Whenever I’m at a location that has lighthouses, I always make it a point to visit them for inspiration for the series, if possible.”

Tracy went on to describe their adventures. “We first took a beautiful hike up to Makapu’u Lighthouse that has a great view of island (see photo!). The lighthouse is situated on the side of the mountain, so it had a nice tower, but there was no house with it. Later on, we hiked up to the top of Diamond Head and I spotted another lighthouse below us while we hiked (see photo of my wife Tammy, son Trent and daughter Sophie with Diamond Head Lighthouse in the background). I made sure we drove to it after our hike. Though we couldn’t enter the grounds, I took several pictures of Diamond Head Lighthouse through the leaf covered fence and thought that someday it might just inspire an ornament. It happened to inspire the 10th in the series! It was also fun to see the surfers just down from the lighthouse – they provided the inspiration for the bear and Santa (see photo of surfers with boards).”

What materials did you use to bring it to life?

Tracy: “I sculpted the ornament on the 3D sculpting program Freeform (see photo along with original concept drawing).”

What is your favorite part about working on this series?

Tracy described (with a big smile!), “the lighthouse series is always one of my favorites to work on every year. I really enjoy researching different lighthouses from around the country, from the Pacific to the Atlantic Coast and from the Gulf Coast to the Great Lakes (and of course, the occasional island!). I would love to do them all! It’s always fun to determine what Santa and his polar bear pal will be doing for their interaction. It’s just a fun series to work on.”

Any sneak peeks of next year’s design?

Tracy: “For a sneak peak, next year’s holiday lighthouse is based on a lighthouse nicknamed “Big Red”! It’s one I’ve wanted to do for years.”

Tracy also mentioned of his 10th in series design, “look for the “E Komo Mai” sign over the door. It means “Welcome.” Also, don’t miss the holly design on Santa’s board and Santa giving the ‘shaka’ sign to his polar bear friend.”

Holiday Lighthouse
10th in the series.